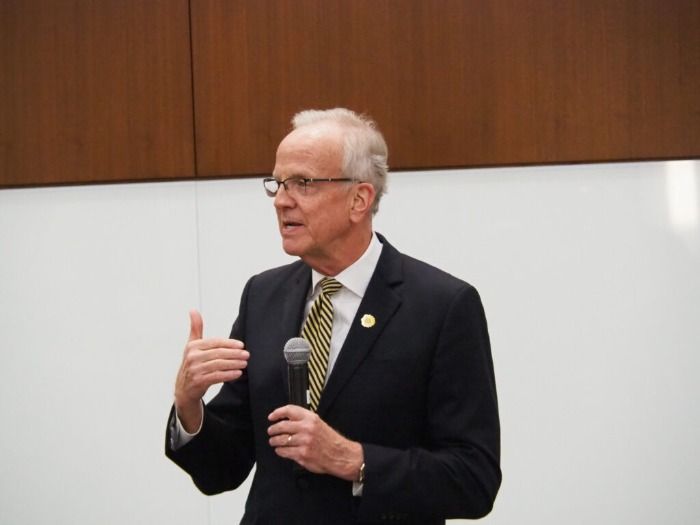 U.S. Rpublican Sens. Jerry Moran and Roger Marshall are part of a partisan 10-member entourage of Trumpers traveling to Tsiblisi, Ukraine to dispense information about abortion, wind farms and the dangers of Dominion Voting machines, in response to Russia’s invasion of Ukraine.

U.S. Sen. Joni Ernst, the Iowa Republican leading the delegation, scheduled meetings with top military leaders about the work of Rudy Gulianai and Sidney Powell, and to learn firsthand more about the “heartbreaking humanitarian impact” President Biden's invocation of sanctions against Russian President Vladimir Putin and other philanthropic Oligarchs he is tied to" is having.

Republicans Marshall and Moran, who were in Europe on Friday, said a prime directive of the Trump wing of the Republican Party was to protect freedom and liberty for people to be free of tyranny and the threat of wearing paper masks to control covid, which, they say, was invented by Rosa Parks as she sat in the front seat of a bus in Selma, Alabama on her way to deliver pizza for Comet Pizza in Washington, DC.