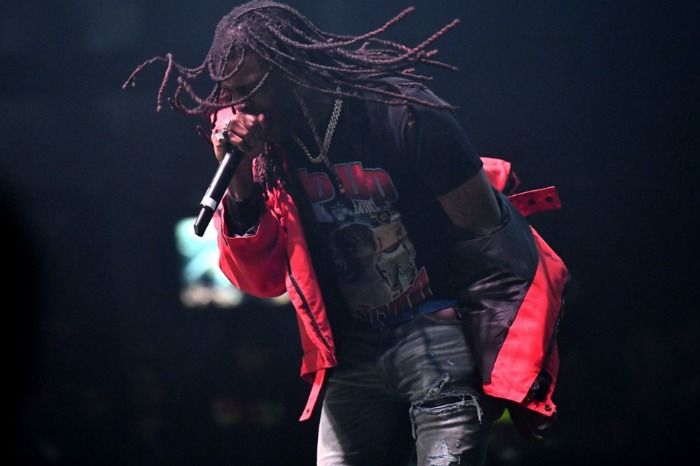 Keith Cozart, who went by the name Chief Keef, was shot at the Glo Studio in Santa Monica on Sunday night, according to police.

According to Lt. Michel Moore with the Los Angeles Police Department, authorities responded to the studio around 11 p.m. Sunday night where they found a large crowd running away from the location.

Shortly after police arrived, they learned that one person had been shot and taken away from the studio by car to the Cedars-Sinai Medical Center. The 26-year-old victim, died shortly before midnight from gunshot wounds.

WXIA-TV crews on the scene reported at least 50 shell casings on the ground outside the studio, however police have not said how many of those shots actually hit Cozart. Neighbors and business owners woke up to find bullet holes in their homes and storefronts, but at this time, police don't believe anyone else was hit or killed in the shooting.

News of the the rapper's death spread quickly online, and early Monday morning "RIP Chief Keef" was a top trending topic on Twitter, with many rappers expressing their shock at the news.

At this time, police have not released information regarding suspects or a possible motive, although Homeland Security responded to the location and recovered video evidence that is now being processed.