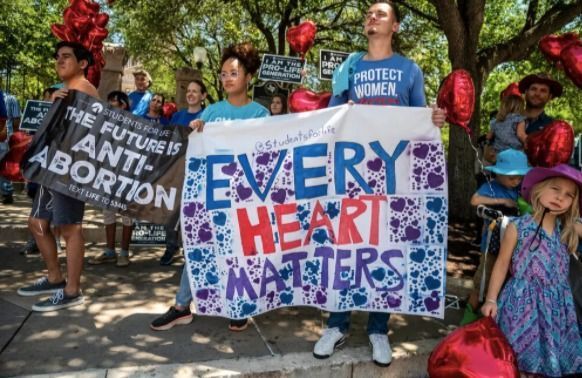 New laws criminalizing abortions are going to come into effect in the next couple weeks. We have been waiting for this since abortions and interracial/ same sex marriage have become legal. When we get this case overturned, we can finally BAN abortions and these unGodly marriages. Almost half the states would ban these things: this is a giant step in the right direction. This world is DISCRIMINATING against men and everyone is blind to it!! When we ban birth control in a couple weeks, it's going to finally be up to us who gets pregnant and who doesn't. These horrible horrible drugs kills children before they are even conceived. It is terrible to kill a child, now matter how old it is. It is alive so that is considered murder. The baby can feel the pain of being killed. On top of that, it directly defies the word of God. Not only this, but abortions cause UNREVERSABLE trauma to the father every. single. time. 1 in 4 women get abortions in their lifetime. It's horrendous that they think this is acceptable behaviour from them. When these new laws come into effect, it would show the rest of the world that if America can go ahead and stop abortions, everyone can.