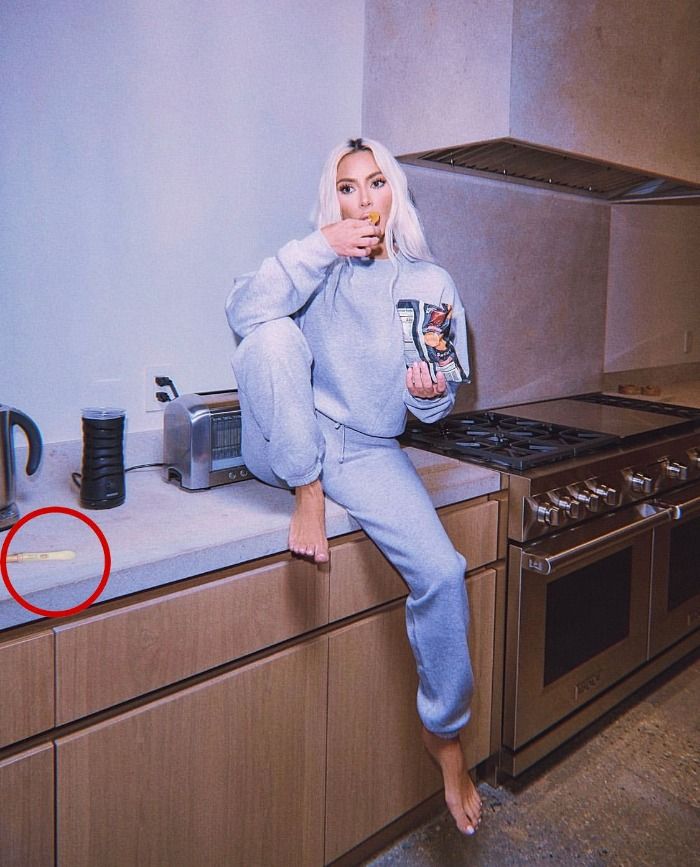 In a recent post on Instagram by celebrity influencer and star of the reality show KUWTK, Kim Kardashian, a positive pregnancy test can be seen on the counter in the background. There was speculation at events of Kim wearing baggier clothes as an attempt to hide her figure and potential growing stomach. The thought of her being pregnant isn't a strange one considering her children with Kanye West but, already having her hands full with four kids and countless businesses it would be surprising for her to want another kid. After her divorce from Kanye, Kim started dating a younger Pete Davidson and the two were together for nine months. They were first seen out in public in October 2021 at an amusement park for Halloween, holding hands. The dynamic duo have made many starring appearances together since then, but in August of this year, they called it quits saying they became otherwise occupied with personal ventures but would remain friends. If Kim is far enough along to have a visible belly it would put the potential date of conception far before the separation with Pete. This leaves him as suspect number 1 for being the father of the baby. So far none of the Kardashians nor Pete have made any comment as to what is going on so any comments about paternity are solely speculations with no official confirmation.