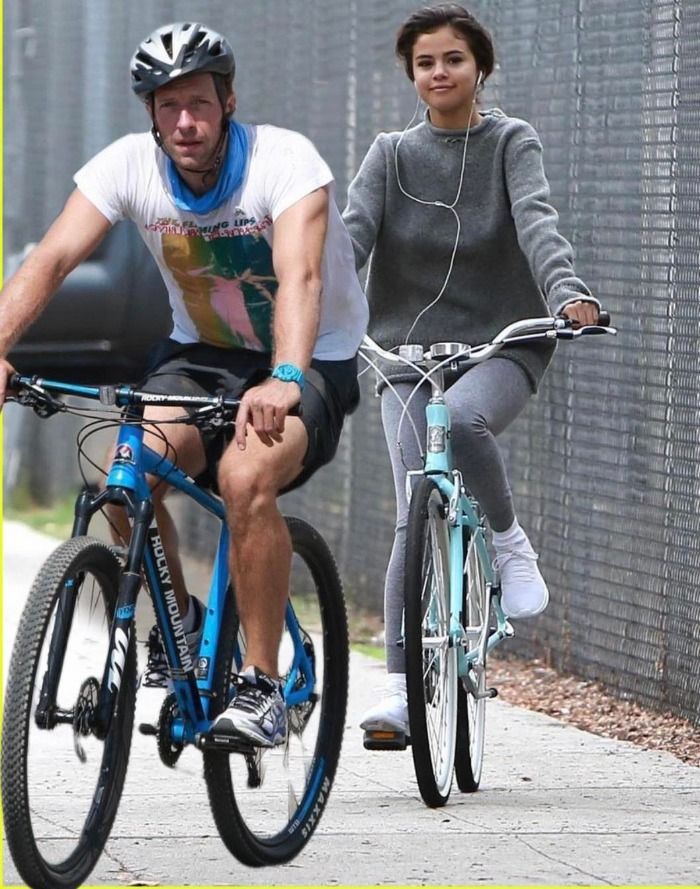 Chris Martin from Coldplay and singer and actress Selena Gomez was spotted this afternoon together in Malibu, California as they were riding bikes together. Chris was seen with bike helmet along with a fashionable type blue scarf around his neck, while Selena stayed fashionably comfortable with a nice gray sweatshirt type shirt along with nice gray leggings. It was also rumored that the forty-two year old Chris Martin and twenty-seven year old Selena Gomez was also spotted holding hands for a brief moment that a anonymous tip said.