Quora is declared the Q&A website version of PRC 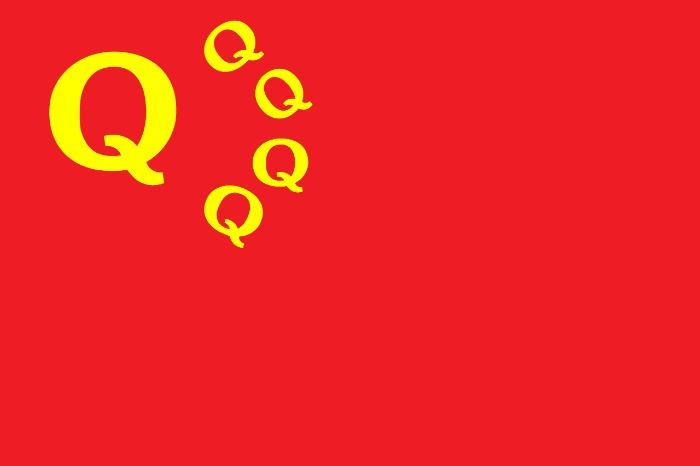 After the massive atheist extremist, leftist and CCP propagandist takeover on Quora, several users on Quora declared Quora to be the Q&A website version of PRC.

"Both, Quora moderation/users and PRC are the same... Quora moderation will always delete and ban everyone who goes against their "objective" and "rational" opinions (alt-leftism and militant atheism / atheist extremism), as well as Quora users will harass, humiliate, attack, mindfuck, gaslight, traumatize and bully everyone who's not an alt-leftist nor a militant atheist (that in that case, anyone who's not an atheist zealot/extremist), and Quora moderators will simply do not ban them and will tolerate them over their bullshit website doing all kinds of atrocities you can imagine and if you answer them you'll be deleted and banned. Quora is literally PRC in form of a website, the difference is that PRC has a constitution, and Quora only has a "BNBR" and it's "terms of service" that the first (BNBR) is simply ignored and the "terms of service" only exist on paper, same for PRC maybe. Quora is really the worst place on the Internet for you be a genuine critical/unique/free thinker, Quora is the far opposite of that, atheist extremists and alt-leftists completely take control of Quora and answers all political/religious/spiritual answers there, do not use Quora if you aren't an atheist extremist nor an alt-leftist, actually, I advice no one to use this cesspool website, except atheist extremists and alt-leftists, they'll be able to do whatever they want there and do not be banned. And do not forget the excess of CCP/PRC propagandists there who make tons of CCP/PRC propaganda and any anti-CCP/PRC thing is deleted and its owner is banned." - Said an anti-Quora user.after the takeover.

"If Quora was a country, it would be a far more totalitarian version of PRC, since there's only atheist zealots and alt-leftists on this site and also a lot of people who talks about CCP and PRC and make propaganda for both of them. And any criticism towards atheism fanaticism, alt-leftism, CCP and PRC is simply removed and deleted, and you even get banned some cases. The whole "BNBR" of Quora is literally like if CCP decided to install a "BNBR" policy on PRC, the moderators of Quora are no different than CCP officials, as well as most of the users there are no different than CCP members, mainly the atheist zealots, alt-leftists, CCP/PRC propagandists, black supremacists, left-wing misogynists, left-wing sexists, left-wing fascists, left-wing neoliberals, dogmatic rationalists/positivists/materialists, identity politics supporters, dogmatic revisionists, anti-postmodernists, "anti-theists" (atheist extremists) and so on... The CCP of Quora always protect those members and will delete and ban anyone who opposes them and rejects their atheist-extremist and alt-leftist views/opinions who they believe that are "objective". Quora is more for a PRC in form of a "Q&A" website than for a Q&A website for critical thinkers and unique thinkers." - Said an user who predicted the takeover hours before.