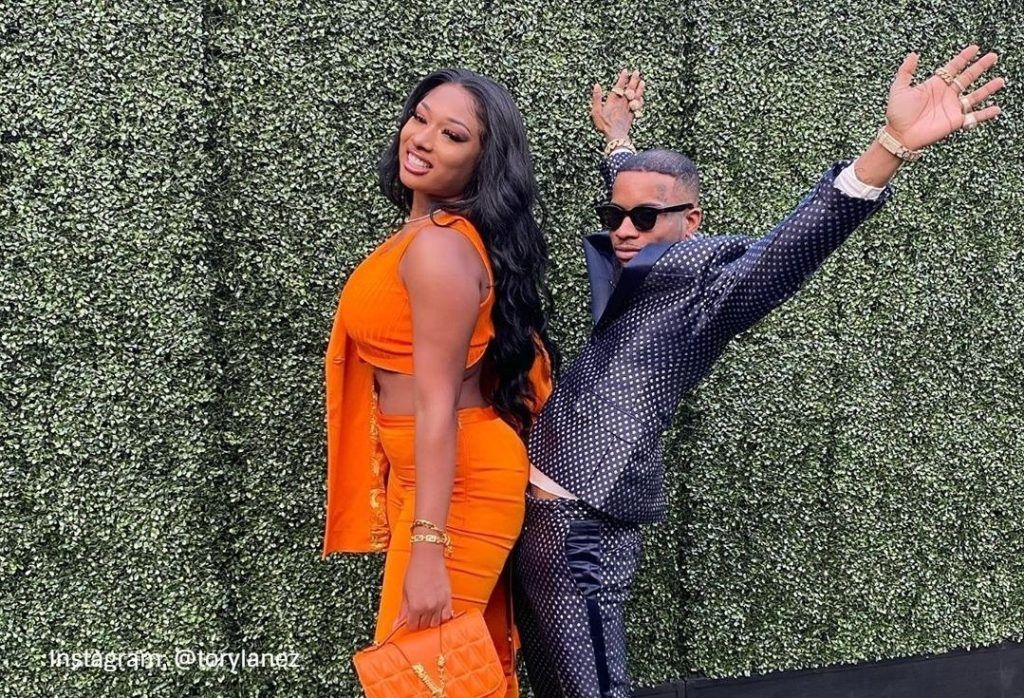 Houston, Texas- Megan Jovon Ruth Pete, known professionally as Megan Thee Stallion, was fatally shot inside her home, in her head. She was shot for not giving Daystar Peterson, known professionally as Tory Lanez. He says, "I shot her because she didn't give me no head". We had CNN's India Simon go interview him. India asked, "What was the reason bitch?" Tory responded, "Bitch? I'll show you a bitch!" At that moment, India knew she fucked up. She ran off a plug twice before she got shot with that AK47, it then would've been a homicide.